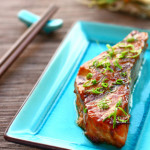 Why do we love teriyaki so much? Because when the salt-sugar-umami stars align, the result is a flavor sensation that no one can possibly resist. Forge that bottled corn syrup stuff and make your own teriyaki with only three ingredients (soy sauce, mirin, and sake). 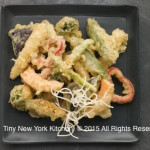 I love tempura and prefer my tempura super crispy. I’ve found that the secret to mixing up a batter that fries up extra-crispy is club soda. Who knew?! 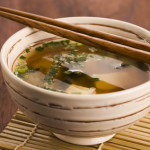 Homemade is always better so ignore those powder soup packets on the grocery shelves and make your own. You’ll be amazed at how easy Miso Soup is to make and absolutely delicious. 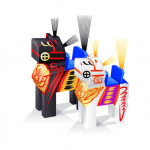 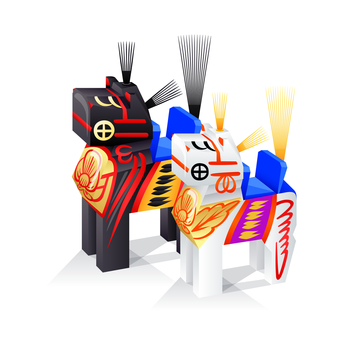 Ringing in the New Year is an important holiday activity and exciting event for the Japanese.  In Japan the New Year celebration is called “nenga.” The Japanese observe nenga by eating osechi ryouri (New Year’s dishes), going to hatsumoude (first shrine visit), and decorating houses with ornaments like kadomatsu (pine tree decoration), shimenawa (a rope made with rice straw), and kagamimochi (round rice cakes to offer to the gods).

Reading New Year’s postcards, called nengajo, It is customary to send New Year’s postcards to friends, relatives, co-workers, and business clients which is very similar to the Western custom of sending Christmas cards.  People in Japan consider it extremely important that nengajo are delivered EXACTLY on January 1st.  This makes for the busiest day of the year for Japan Post because they are responsible to meet everybody’s needs to get their nengajo delivered on time.  E-cards are becoming increasingly popular, Japanese people still keep the custom of sending New Year’s greetings by the postal service.

Nengajo usually have an illustrated New Year’s message with graphics symbolizing the New Year which may include a sunrise, a plum tree or one of the 12 eto animals (mouse, ox, tiger, rabbit, dragon, snake, horse, sheep, monkey, rooster, dog, and pig). A specific animal represents each year. The eto for 2014 is the horse (uma).

Among many of the New Year’s activities, “ostoshidama” is the most fun one for children.  Otoshidama was originally a gift to celebrate the New Year, but the word mainly refers to money given to children by older people during the holiday.  Otoshidama are handed out in small envelopes called “pochibukuro.” 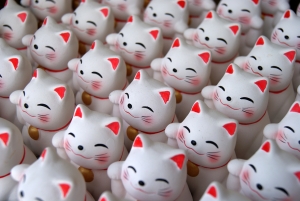 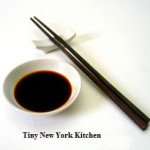 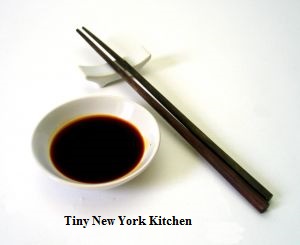 When I’m super busy I like to marinate meats overnight and cook them the next day.  One of my favorite marinades is Teriyaki Marinade.  Japanese foods marinated in sake-flavored soy sauce to which sugar has been added and then broiled or roasted make a quick and tasty dinner.  The sugar imparts a glaze to the cooked foods.  Marinate seafood for about 30 minutes.  Marinate meats and poultry for several hours or overnight before cooking.

In a medium size bowl combine the soy sauce, sake and sugar.  Pour over desired seafood or meat and marinate.  When ready to cook remove from the marinade and discard.  I always like to make extra marinade to brush on whatever meats I am cooking.