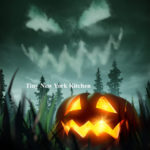 Halloween is a complicated mix of traditions. Its traditions reach back to Samhain, an ancient Celtic festival during which people lit bonfires and wore costumes to ward off ghosts.

Another big influence is All Hallows Eve, the evening before All Saints Day (a day to honor all saints, set as November 1 in the eighth century by Pope Gregory I), which was later called Halloween. Over time the evening became a day filled with trick-or-treating, carving jack-o’ lanterns, eating treats and wearing costumes. 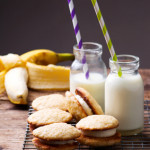 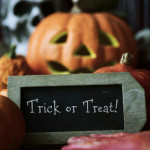 In the mid-19th century, Irish immigrants to North America brought with them the Gaelic celebrations of All Hallows’ Eve, replete with trick playing and fortune telling. At that time, pranks were mild. Shop signs were switched, gates disassembled, and flour-filled socks were flung at those wearing black coats. Over time the mischief evolved into straight-up vandalism, and people often awoke on November 1st to broken windows or even blazing fires. At the height of the Great Depression, some cities considered banning the holiday. But a few cities, like Chicago, had a much better idea – to busy the idle hands of potential troublemakers with festivities and encourage homeowners to do the same. Because money was scarce, families often held “house-to-house parties,” which kept the children moving door to door for a different entertainment or treat. I guess treats are an excellent bribe for warding off mischief. 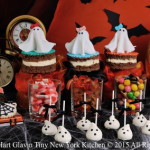 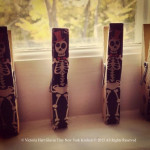 I love adding little holiday touches with each holiday that comes during the year. Here are some skeleton clothes pins that I picked up ages ago. I decided to set them up on a ledge by my front door.