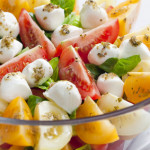 New Year New You Healthy Pantry Staples To Have On Hand

Looking to build healthier eating habits? Remember, you don’t have to change everything all at once. Start with small steps that you can feel good about.

The easiest way to cook healthy is to have the proper items on hand. Healthy pantry staples are key ingredients for making healthy meals. Fill your pantry with these shelf basics and then during the week shop for more perishable foods. Try and buy organic when possible.

Instead of thinking about what not to eat, think about healthy things that you can add to your diet. Strive to incorporate more greens and colorful vegetables into your meals.

Concentrate on whole foods in their natural forms such as fruits and vegetables.

Whole grains are key. Instead of reaching for regular pasta or white bread, look for varieties made with 100 % whole grain flour. Brown rice, quinoa and barley are good choices as well.
Try steaming your vegetables instead of frying in oil.

Think of beans, whole grains, and vegetables as the main event. Keep lean meat and fish at 3 ounces or less.

Remember, there are no quick fixes. Making healthy choices is a process that lasts a lifetime.
www.tinynewyorkkitchen.com 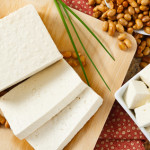 How To Eat More Protein On A Meat-Free Diet

How To Eat More Protein On A Meat-Free Diet

If you’re new to a meat-free diet or you struggle with ways to get the protein you need here are some important tips that may help you. It really isn’t as hard as you might think.

Crumble tempeh (fermented soybean protein) into pasta sauce or soups, or wherever you might use hamburger meat.

Purée cooked black beans and add to brownies. For blondies or light colored muffins or cakes, use cooked, puréed chickpeas.

Sprout sunflower seeds and add them to salads. Just soak raw seeds overnight in water to cover. Drain and let sprout for 24 to 48 hours.

Use hemp or rice protein powder instead of flour to make waffles, pancakes, and baked goods. Instead of eggs, use flax as a binder.

Lentils are awesome! Eat lentils more often. They are fast cooking and easy to use. Add to soups, toss in salads, and stir in cooked rice.

Spread sandwiches and wraps with hummus instead of mayonnaise. I do this all the time. Purée hummus with roasted red peppers or chipotle peppers for an added zing.

If you can tolerate gluten, seitan (wheat protein) is a great substitute for sliced deli meat. Use it in wraps or sandwiches for an easy lunch. 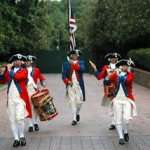 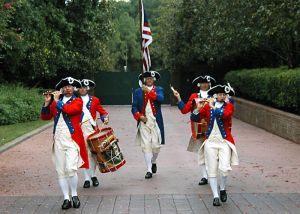 The standard grains included wheat, barley, oats and rye.  Finely ground wheat flour, “boulted” or sieved through a fine cloth, was used to make white bread for the rich early in the fifteenth century.  Most of the gentry ate what we would call cracked or whole wheat bread.  The poor ate bread of coarse-ground wheat flour mixed with oats, ground peas or lentils.

During the ocean crossing to the New World, immigrants subsisted on an even more monotonous diet for weeks.  The Mayflower provisions were typical – brown biscuits and hard white crackers, oatmeal, and black-eyed peas, plus bacon, dried salted codfish and smoked herring for animal protein.  The only vegetables on the trip were parsnips, turnips, onions and cabbages.  Beer was the beverage.

As pilgrims set foot on their new homeland, they hardly knew what to expect.  Each brought a stock of basic foods to get them through the first year, as well as a variety of basic utensils and kitchen tools.  Also included were the essential accompaniments for whatever they found or could raise when they arrived – a bushel of coarse salt, 2 gallons of vinegar, a gallon of “oyle” and a gallon of aquavite.

Nothing they had been told, however, prepared them for the staggering variety of totally unfamiliar plants that were being used as food by the Indians – corn, sweet potatoes, peppers, pumpkins, squash, sunflower seeds and cranberries were examples.  In addition to the strange food, there were strange ways of cooking.  In Europe, meat was boiled; the Indians, lacking iron pots, roasted theirs on a spit over a fire.  The Indians also had a long, slow cooking process that yielded what we now call Boston baked beans, and they used a fire-heated, rock-lined pit for what we would now call a clam-bake.  Where the pilgrims were accustomed to raised wheat bread, the Indians introduced them to corn based spoon bread.  Corn also provided hominy, used as a vegetable, and later, of course, as grits.  For sweetening, the Indians used maple syrup and honey, as sugar was unknown.

Although many of the food the Pilgrims and other colonists found were totally strange, others had travelled the route before them.  The Spanish had brought pigs, which thrived especially in areas where peanuts grew.  Peaches and oranges were also native which spread throughout climatically suitable areas in a short time.

Even the white potato was an early migrant to the New World, following a zig-zag route, from its original home in Peru to Spain in 1520, from Spain to Florida forty years later, from Florida to England in 1565, always being treated as a culinary curiosity.  By the 1600’s they had become a popular food staple in Ireland, and were carried by Colonists both to New England and Virginia, where they quickly established themselves.  There they served as a valuable source of vitamin C, protein and trace minerals, in addition to the starch.

Potatoes, incidentally were significant in another, later migration to America: the climate in Ireland proved so amenable to their culture, and their nutrient content was so high, that many poor Irish farmers grew only potatoes on their small farms.  In fact, as fathers subdivided farms for their sons, many found themselves supporting whole families on the potatoes grown on less than an acre of ground, while the family itself lived in a roofed-over ditch.  When blight struck in 1845, the sole food source of millions of people literally withered away before their eyes.  A half-million of the 8 1/2 million population died of starvation or disease, and 1 1/2 million emigrated to England or America – following the “Irish potatoe.”

Spices were in short supply in America’s earliest days.  The English pretty well monopolized the trade with the New World.  Within a few years, however, settlers had planted the seeds they had brought or imported, and most had adapted to the climate and were flourishing in orderly rows and patterns in kitchen gardens all along the Atlantic Coast.  There were a few – ginger, pepper, cloves, mace, cinnamon, nutmeg, and allspice – that simply couldn’t cope with the weather or soil – and were scarce.  Olive oil, lime juice, prunes and saffron were available, but only at high prices.