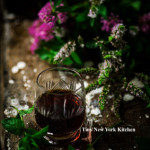 Now that the colder weather is here and you’ve put away your beach towel it’s time to winterize your cocktails. One way to achieve this is by using amari, the rich, bitter, herbal European-style liqueurs-before–dinner aperitifs and after-dinner digestifs-that have become more popular and widely available. Amari can add structure and backbone to cocktails and is often the secret behind some of the most iconic classic drinks. Amaro is perfect for colder months, to pair with flavors like honey, citrus, and spices. Adding it is like seasoning food because it enhances flavors and gives the drink more character.

This season bartenders are combining them with brown spirits like dark rum, bourbon, rye, and Scotch for autumn and winter drinks. You could make a variation on the Brooklyn cocktail with bourbon, amaro, maraschino liqueur, dry vermouth, blood orange liqueur, and bitters.

Some add amaro and bourbon to mulled wine or change up that Irish Coffee by using single-malt whiskey, two kinds of amaro, coffee, simple syrup, and topped with whipped cream. Change up the Negroni by keeping the gin, but replacing the Campari with amari and adding amontillado sherry.

Be inventive and try adding amari to your holiday cocktails. You may just create a new classic. 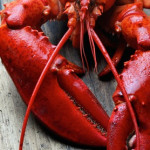 If Connecticut ever had to name an official state food, it would probably be a close call between pizza and lobster. Of course, lobster has been on the Connecticut menu a lot longer, dating back to the days before the European settlers arrived. Today it’s available everywhere, served in all sorts of ways and always hard to say no to. Here is a quick look at some of the best Connecticut lobster purveyors.

Lobster Rolls: Connecticut, 80 years ago was the birthplace of the hot lobster roll, now commonly called the Connecticut lobster roll. It began at the eatery called Perry’s in Milford when the proprietor heated up freshly picked lobster meat, doused it with melted butter and put it on a bun. Simple, but delicious. You can find modern day versions at Captain Scott’s Lobster Dock in New London, Lobster Landing in Clinton, Lobster Shack in Branford, and Johnny Ad’s in Old Saybrook. Try lobster rolls and homemade slaw at Higgie’s Food and Ice Cream in Higganum or daily caught lobster where sweet lobster meets toasty buns at Guilford Lobster Pound in Guilford. Ride the charity carousel (which features a lobster chariot) before ordering a hot buttered lobster roll at Lenny & Joe’s Fish Tale in Madison. Savor poached king lobster rolls at Knapp’s Landing Restaurant in Stratford.

Whole Lobsters: Sometimes only a complete lobster will do, complete with bib, shell cracker and accompanying melted butter. You can find yours at seafood restaurants such as Westbrook Lobster in Clinton and Wallingford, Carmen Anthony’s Fish House in Woodbury, Max’s Oyster Bar in West Hartford, at classic steakhouse, The Capital Grille in Stamford or David Burke Prime at Foxwoods Resort Casino, where every Monday is Lobster Night. For a unique treat, head for The Place in Guilford, where you can dine outdoors with a crackling wood fire cooks your lobster to smoky perfections.

Lobster Mac & Cheese: This could be the ultimate comfort food, and now it can be found at a number of places around Connecticut. You can give it a try at Mac N’ Out in Milford and MacDaddy’s in Monroe, both of which specialize in many different sorts of mac & cheese, or lobster specialist Lobster Craft in Darien.

Lobster Bisque: Creamy, with a touch of sherry, lobster bisque is a wonderful way to taste a favorite crustacean. You can get yours at a full-fledged restaurant such as Good News Café in Woodbury, The Lazy Lobster in Milford or Gaspar’s in New London. Or you might try the more casual approach at Abbott’s Lobster in the Rough in Noank (who will also ship lobsters or lobster rolls to your door) or the Clam Castle in Madison.

Miscellaneous: Still not satisfied? Go ahead and try the classic New England Shore Dinner (chowder, cherrystones, lobster, steamers, corn) at Lenny’s in Branford, or the lobster pot pie at U.S.S. Chowder Pot IV in Hartford or Flander’s Fish Market & Restaurant in East Lyme or perhaps the lobster sliders at Plan B Burger Bar in Simsbury and other locations. 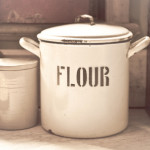 "Work With What You Got!"