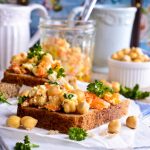 We all know that chickpeas are a fiber-filled addition to soups and salads, but have you ever thought about the ingredient that you’re leaving behind in a can of chickpeas? That thick, cloudy liquid that typically gets poured down the drain when chickpeas are drained. That liquid id called aquafaba, and it might just be the ingredient your baked goods and cocktails are missing.

Aquafaba is the liquid that’s leftover when dry chickpeas are cooked, and it is the brine that canned chickpeas soak in to maintain freshness while sitting on grocery store shelves. You should save it because it’s an excellent vegan egg substitute that can be used in baked goods, to emulsify vegan mayonnaise to add a foamy element to your favorite cocktails, and so much more.

To use aquafaba shake it in a cocktail shaker for an extra frothy espresso martini or whisk it alongside a thin stream of olive oil for a vegan aioli. Although the liquid from other beans (like black beans and kidney beans) could work just as well, chickpeas don’t give off any color, so the resulting clear, yet slightly cloudy, liquid is much more versatile. Another nice thing about aquafaba is that you don’t need to use too much of it. Generally, three tablespoons of aquafaba will replace one egg.

Aquafaba has a mild buttery and bean like flavor, but it easily takes on the flavor of what it’s added to and tends to cling to other flavors quite well, which explains why it works well in mayonnaise and in cocktails. Aquafaba should be stored in an airtight container in the refrigerator for up to 3 days.

Aside from the benefit of replacing an animal-based product with a plant based product, aquafaba doesn’t have a lot of nutrients, and it certainly has less protein than an egg does. It’s low in calories and carbohydrates, but it’s also pretty low in vitamins and minerals. If you aren’t vegan then there aren’t a lot of health benefits to using aquafaba over regular eggs. It is a good step in preventing food waste, though. 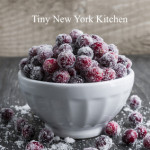 Serve sugared cranberries in place of nuts or use as a garnish for cakes, pies, or cocktails. If you don’t have superfine sugar then make your own by pulsing granulated sugar in a food processor for about a minute. 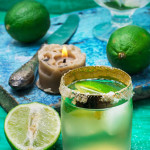 On fall evenings I often like to sit by the fire and sip a nice glass of wine or a sweet & tart cocktail. 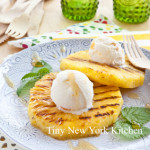 Grilled pineapple is so very versatile because you can use it for savory or sweet, hot or cold dishes. Grill over indirect heat and the sugars in the pineapple concentrate bringing out a sweet and meaty fruit that is ideal for endless summer recipes.

6 Ways To Use Grilled Pineapple
Slice and serve with grilled pork or fish.

Cut into chunks and toss with salt and lime juice for a smoky fruit salad.

Muddle and use as the base for a sweet-savory cocktail.

Dice and mix with chopped cilantro and chiles for salsa.

Top with ice cream or sorbet. 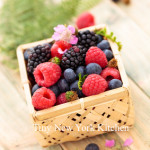 Making The Most Of Seasonal Berries

Just a few fresh berries add color and nutrients to a salad, cocktail, or mocktail.

Stock up on fresh berries, wash and freeze them in a single layer on a sheet pan. Then transfer to a freezer bag for future smoothies and baked goods.

Add a handful of berries to a parfait, with yogurt for breakfast or ice cream for dessert.

Gently fold berries into muffin and pancake batter. Cook a big batch and freeze some for easy breakfasts later.

Make into a savory salsa and serve as a dip or over grilled chicken or wild-caught salmon. 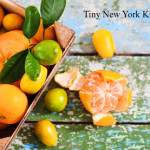 Ways To Make The Most Of Seasonal Citrus

Ways To Make The Most Of Seasonal Citrus

Freeze It
Freeze citrus juice or zest until you’re ready to use it.

Dry It
Bake peels on the lowest possible heat until dry, but still pliable. Use to flavor black tea, roasted chicken or braised meats.

Candy It
Garnish desserts and cocktails with candied peels or enjoy them as a sweet snack.