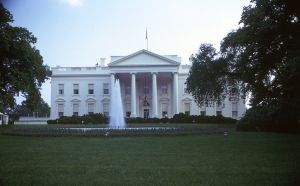 President Buchanan had 6,000 guests at his inaugural luncheon.  His staff made 400 gallons of oysters, 60 saddles of mutton and 125 beef tongues.

President Madison’s first lady, Dolley, loved ice cream so much that he served it for dessert at his second inaugural meal.